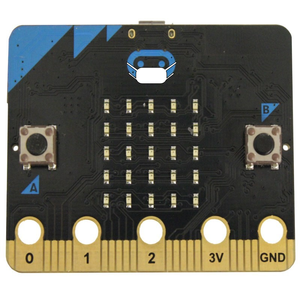 Last year when looking at wireless concepts with my Year 8 Digital Technologies students, I wrote a program for wireless beacons and laser cut a Ghostbusters style PKE Meter with some servos and a RGB LED for students to go on a hunt in our library. It was a good opportunity to look at things like the range of wireless signals, interference due to obstruction of different materials, and noisy broadcast channels. The students quite enjoyed it and it was a nice excuse to get out of the classroom.

2020 has been the year of living with the global SARS-CoV2 pandemic, and there has been a lot of discussion about the various contact tracing apps which have been developed left and right (which is great fuel for my classes on ethics and data privacy!) and I figured I'd spin up a new idea for the activity on wireless networks and flip the contact tracing app on its head, using it to infect other devices instead of keep records of potentially risky contact.

The basic concept of the contact tracing apps (at least of the moderately sane variety) is this:

The typical values for $DANGER_DISTANCE and $DANGER_TIME have been around 2 meters and 15 minutes respectively.

Since the Micro:bit has a Bluetooth radio and can easily monitor signal strength and signal device IDs, it was fairly straightforward to implement some code (written in Microsoft's MakeCode this time, whereas I used Python for the PKE meter).

I'd like to do up a version of this that uses a speaker as well for some audio feedback about symptom status - some bleeps and bloops for coughing perhaps, or even just for some basic tactile feedback of vibration from a piezo to alert students that their device is sick.

I've included links to the code and discussion of the algorithm further down the page.

Since this section will be a bit lengthy, here are links to the code. I've tried to comment most of the important blocks so hopefully most of it will be pretty self-explanatory.

The virus master device is responsible for monitoring of the client devices, and also initial infection of a client device so that I have a known infection time and get an opportunity to prime students for the activity (which I'm planning on running twice - once unaware, and once with intentional physical distancing).

The code is pretty straightforward - it just monitors radio traffic and collects device IDs and infection messages to keep track of total and infected devices.

The virus client maintains arrays of infected devices around itself based on the RSSI (signal strength) values of incoming messages. Each incoming message also contains the device ID of the sender, which can be used for determining whether enough infection messages have been received to merit being infected itself.

If sufficient time (40s in this case) passes without enough infection messages from a seen device, that device's info is purged from the lists. This has a couple of purposes:

When devices are infected, they remain asymptomatic for 60 seconds, so only show the sad face on the screen after they've been merrily infecting other close devices for some time.